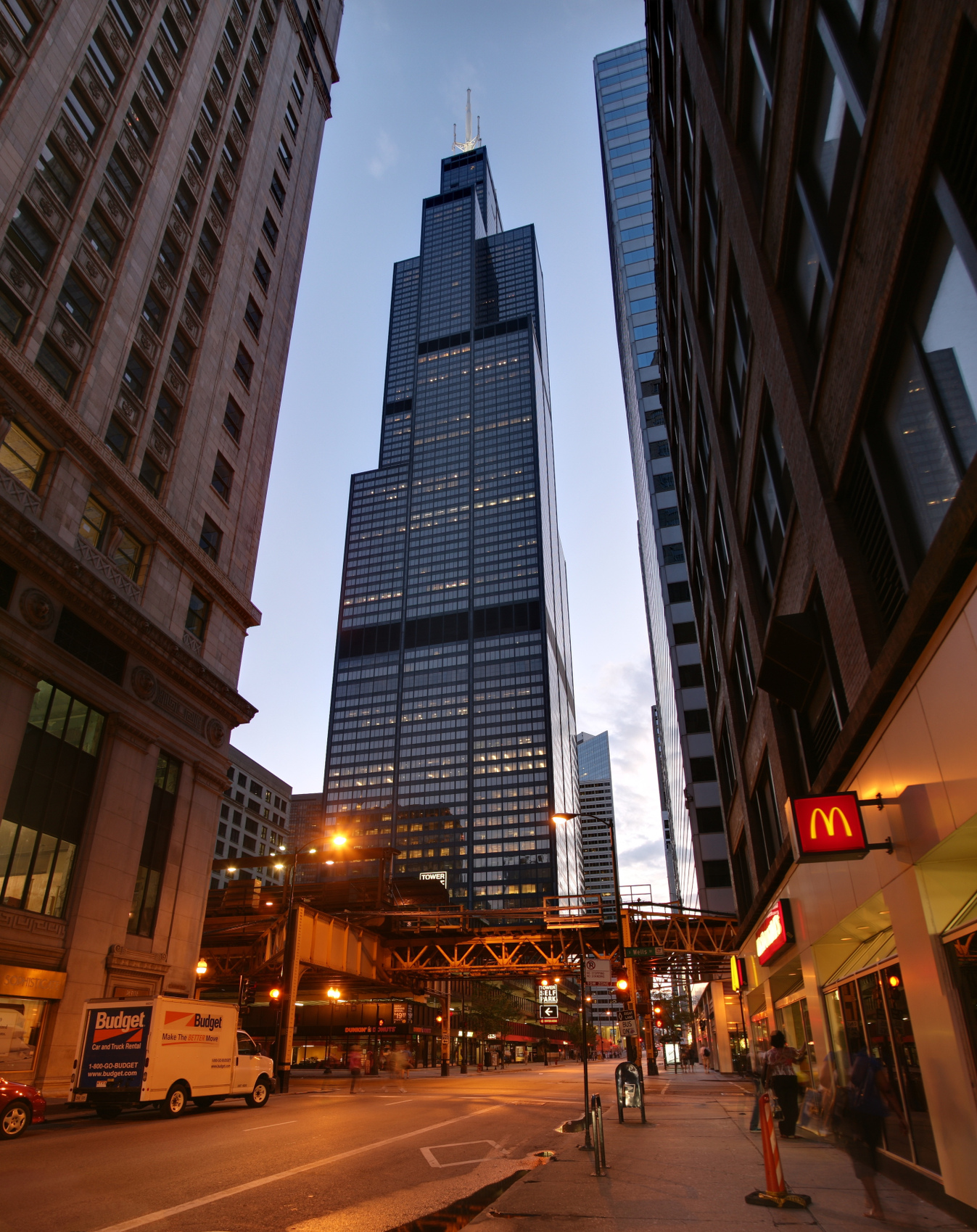 Coming up next! Only a few days left, till one of the most challenging towerruns in the world will be held in Chicago on November 2.  With 103 floors and 2109 steps, the Willis Tower Skyrise (originally Sears Tower) is one of the most sophisticated and longest Indoor-Towerruns. The Sears Tower was completed in 1974 and stands with its height of 527m in the center of the “Windy City”. For many years it was the tallest building in the world. I’ll be at the start line again this year with over 2,000 participants. I’m looking forward to it! 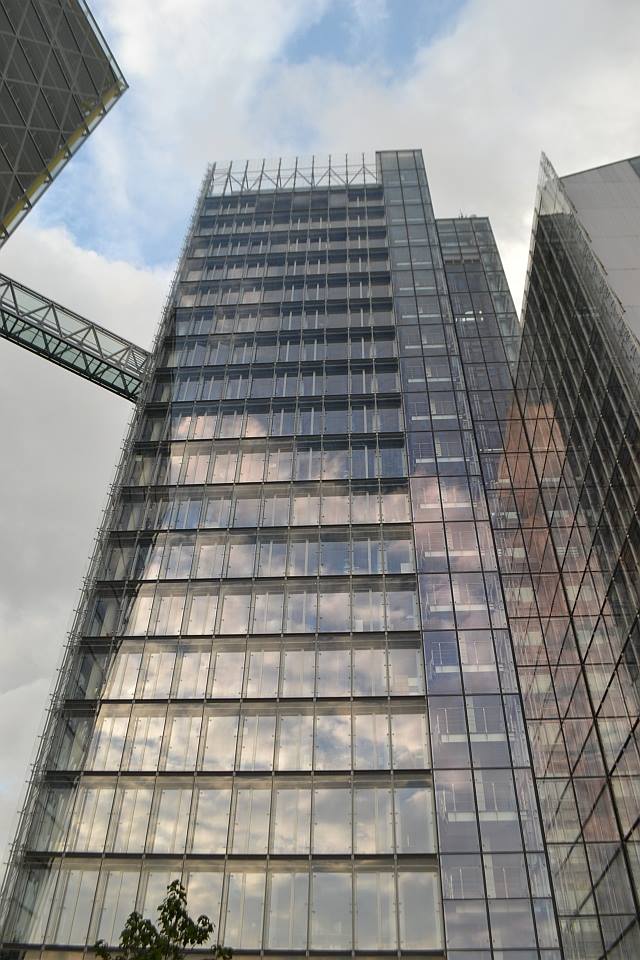 Today’s LVM Skyrun in the building of the agricultural insurance company (LVM) in Münster was one of the best-organized and coolest towerruns which I have ever entered. White-knuckle for runners and spectators! Great moderation with cameras for live broadcast at the start, in the stairwell and at the finish line. The procedure was similar to a bet in the German TV show “Wetten dass ?!” The LVM staircase is glazed, so people could watch the race from outside. This was especially exciting after the first round because after that two runners duelled each other in every subsequent round. The first 128 men came into a second round and 64 of the women due to a lower participation. The fastest runner competed with three seconds delay against the slowest, the second fastest against second slowest etc. Via KO System the slower runner of the two dropped out, so that each round halved the number of runners. 64, 32, 16, 8, 4, 2. At the end only the winner remained. In the first round I came in in place 8 and was able to work my way forward to the sixth round, the quarter finals, where I dropped out against Tomas Celko. With my 7th place overall (out of 300)  and the strong European runners field I’m more than satisfied with the result! A very nice day with friends. Exciting till the end! 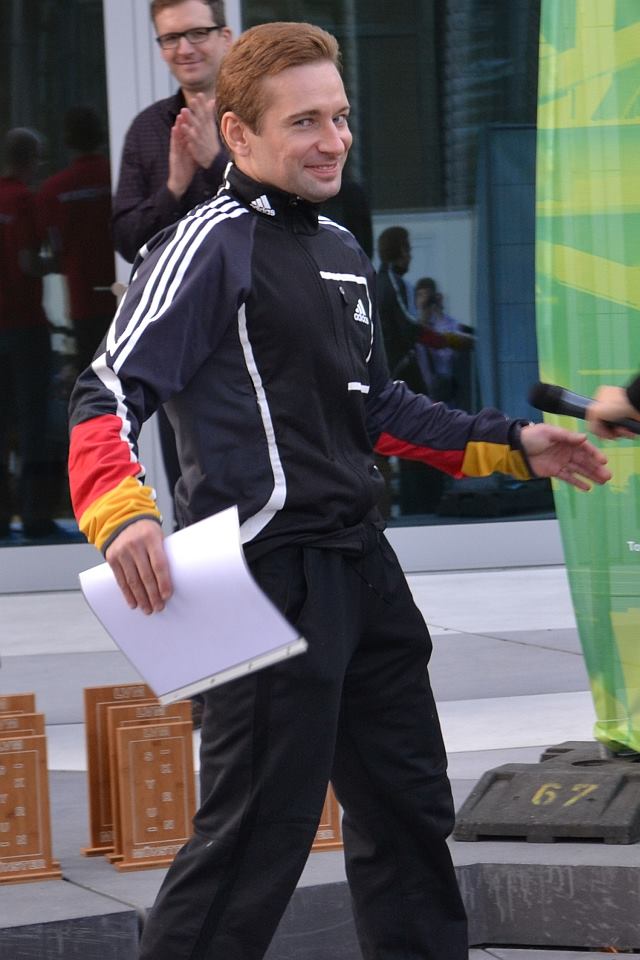 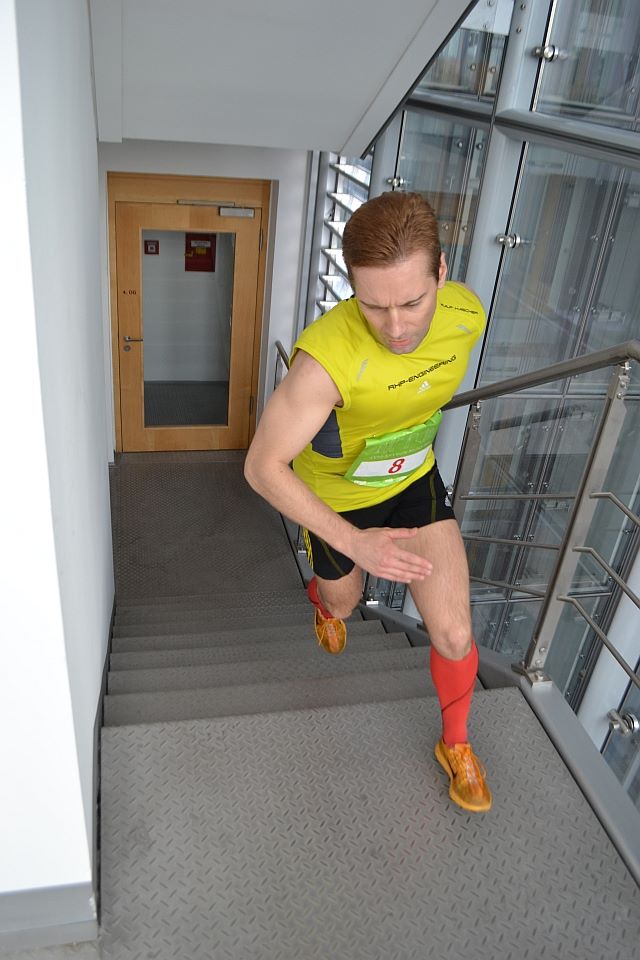 This Sunday my Towerrunning-pal Christian Riedl implemented his world record attempt successfully in the Tower 185 in Frankfurt, Germany. He overcame  71 times the 50 floors of the fourth tallest skyscraper in germany, which is 13,145.65 meters of altitude in 12 hours by foot. I accompanied and motivated him at the end for about 1900 altitude difference so that he could crack the 13,000 meters in altitude barrier. In comparison, this were more meters in altitude than the Mount Everest and the Zugspitze together! The run took place from 8am till 8pm. On every 10th floor was a record judge from the German Athletics Association / Deutscher Leichtathletik-Verband (DLV) who documented the progress. The previous record from an US-American was 11,644.36 meters. Hats off!

Today it started very intense from the beginning. I participated in a short 23 storeys sprint in Cologne-Chorweiler at the Sahle Wohnen skyscraper. With only 4 seconds leeway to the runner before me, I missed the third podium place today. Towerrunning Germany was represented with about 10 members. From young to old, everyone was there. In total, more than 100 starters faced this little challenge. In addition, there was a handicapped race where I was allowed to play the escort service and motivate the participants. A successful event with a well-attended and very proper award ceremony, which could serve as a model for other competition organizer. 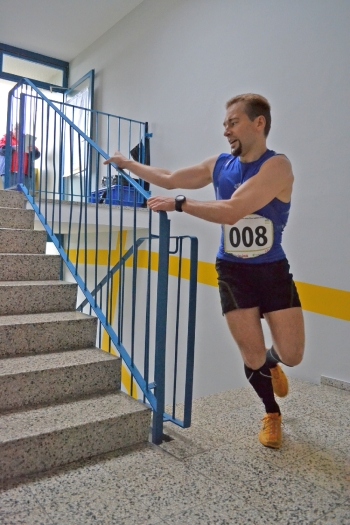 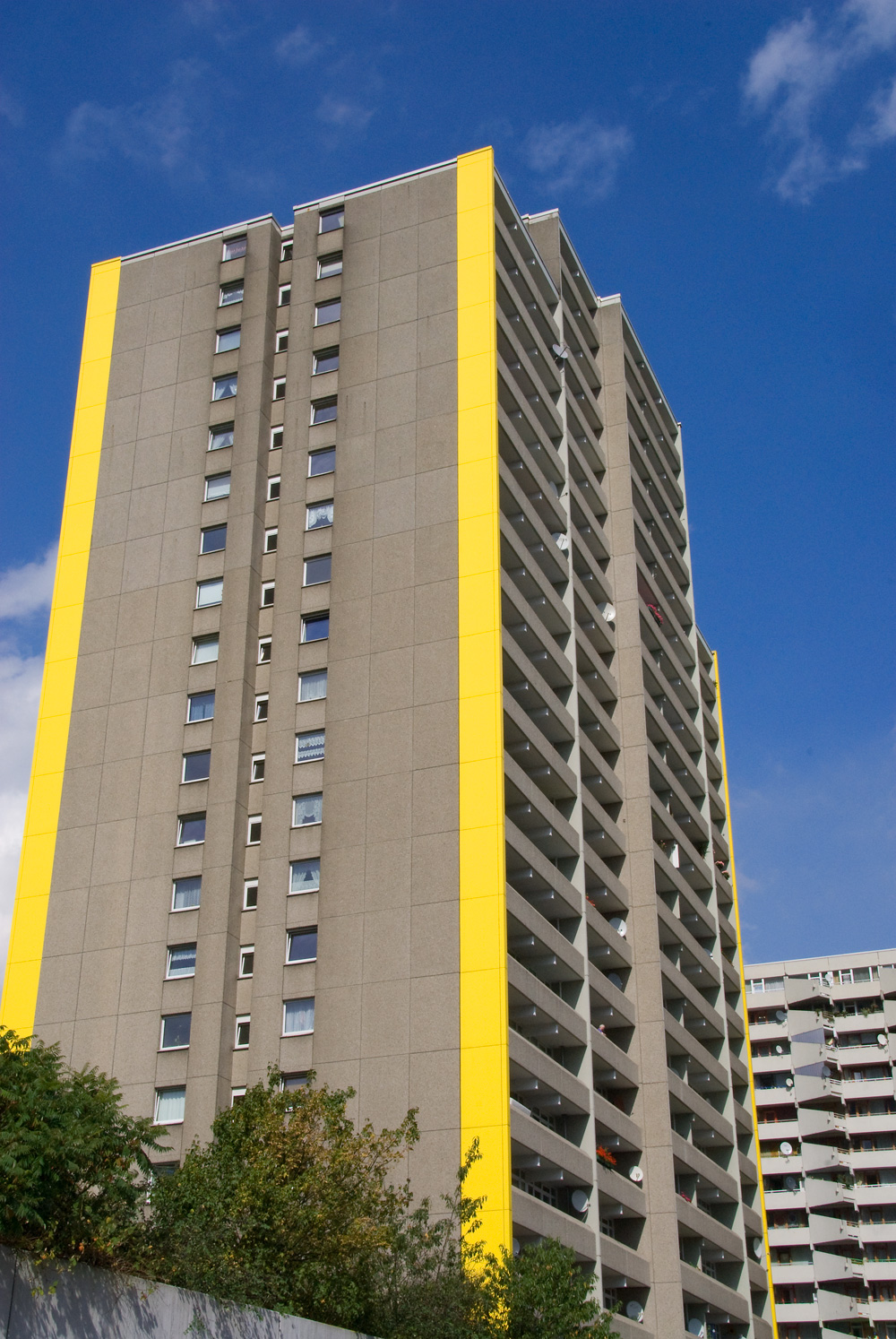 Vienna, with its broad, colorful activity offers and its cultural background, is always worth a visit. At today’s Millennium Towerrun, in one of the highest building in Austria, I could improve my personal best time for 20 seconds and came in in 2nd place with 4:25 min at the Light Version. The staircase of this tower with its 48 floors and its smaller step depth, has a higher pitch than many other buildings. At this staircase run there are always two race variants: The Light Version, where you have the pleasure to run up one time to the viewing platform and the Extreme Version, which means enjoying the view 3 times in a row. In the last variant, the times are added and you will be grouped according to your performance after each round. Top runners from Europe were at the start. Despite my previous 2-3 week blackout due to illness, I decided to compete in both races, which made the whole thing a little bit more challenging. Although I had a 12 minute recovery period till the start of the Extreme Version, I was not recovered at race start, so I had to accept high losses in my performance. I was not fully recuperated from the previous weeks. The day was ended with a Towerrunning World Association (TWA) meeting and after-race-cake. 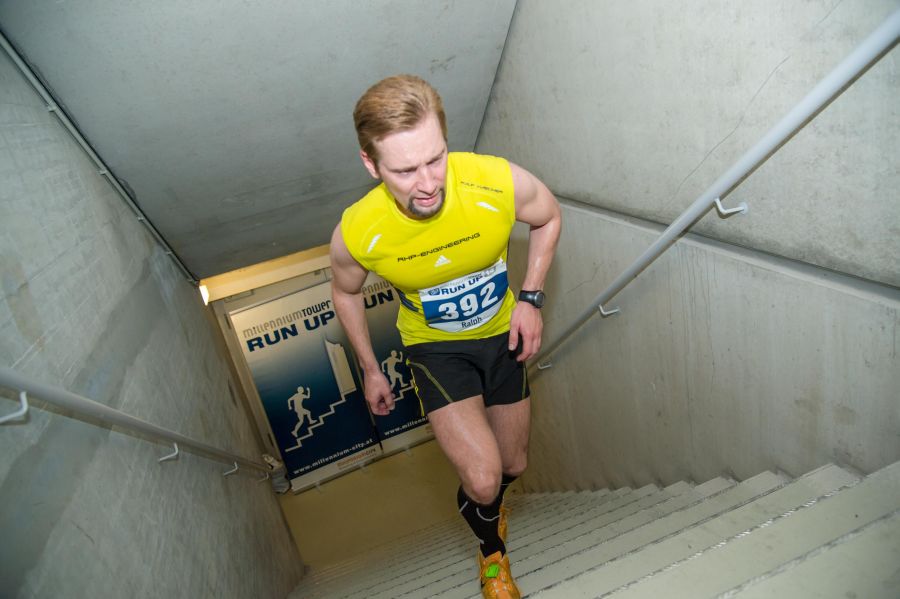 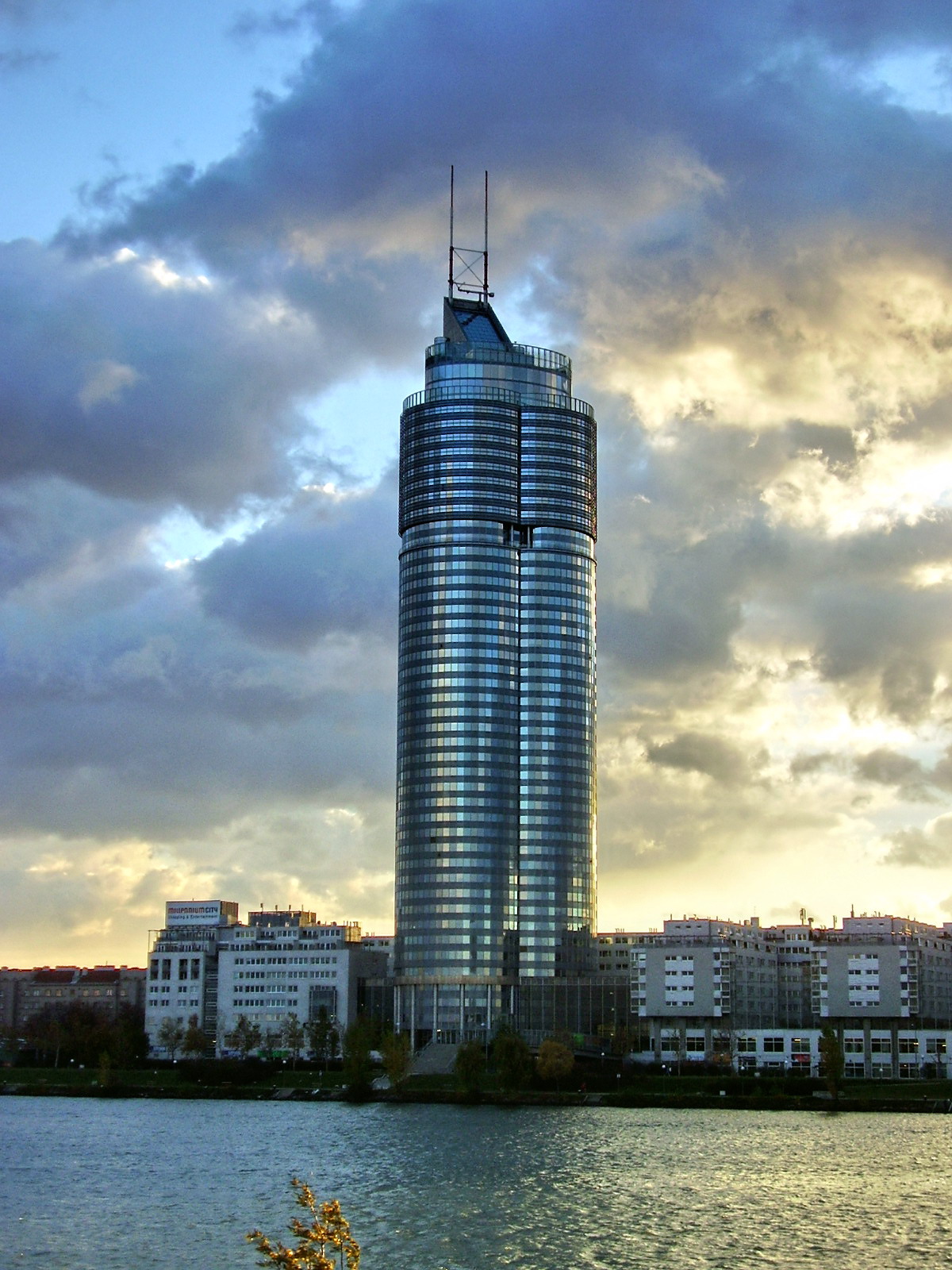 The Wiesensteig Bläsiberg Mountain Run with its 20th edition is already a very traditional run. Starting point today was at the ski resort in Wiesensteig, which I knew very well from skiing and ice-rafting. Runners from within a radius of 100 km arrived. Luckily, I had eaten fully up the evening before, so we had good weather conditions. It was intense from the start. The distance was 6.2 kilometers and 300 meters altitude. At the top it was hard fight until the end. Today I reached the finish line in seventh place, so I was still first in my age group. With a ski helmet as a prize I headed home. I met some great people today. I’ll be back. 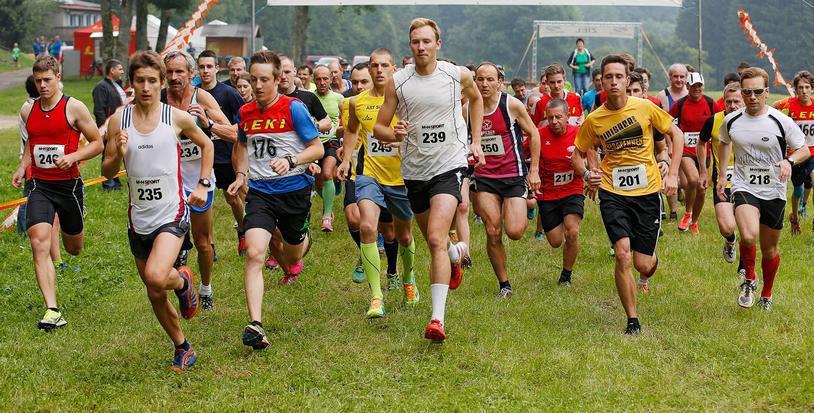