World top runners from road-, track-, cross-, mountain- and stair running as well as other sports met this weekend at the Danube Tower in Vienna for the Towerrunning World Cup series final 2014 of the Towerrunning World Association. A great event with a good after-party. This time I was 14 seconds faster on the top of the Danube Tower than in last June. This put me on the 17th final place in the 2014 world ranking system. My goal for 2014 was, to finish under the top 20 – based on my ranking in 2013 on place 53. Discipline is, most of the time, the bridge between goals and accomplishment. 😉 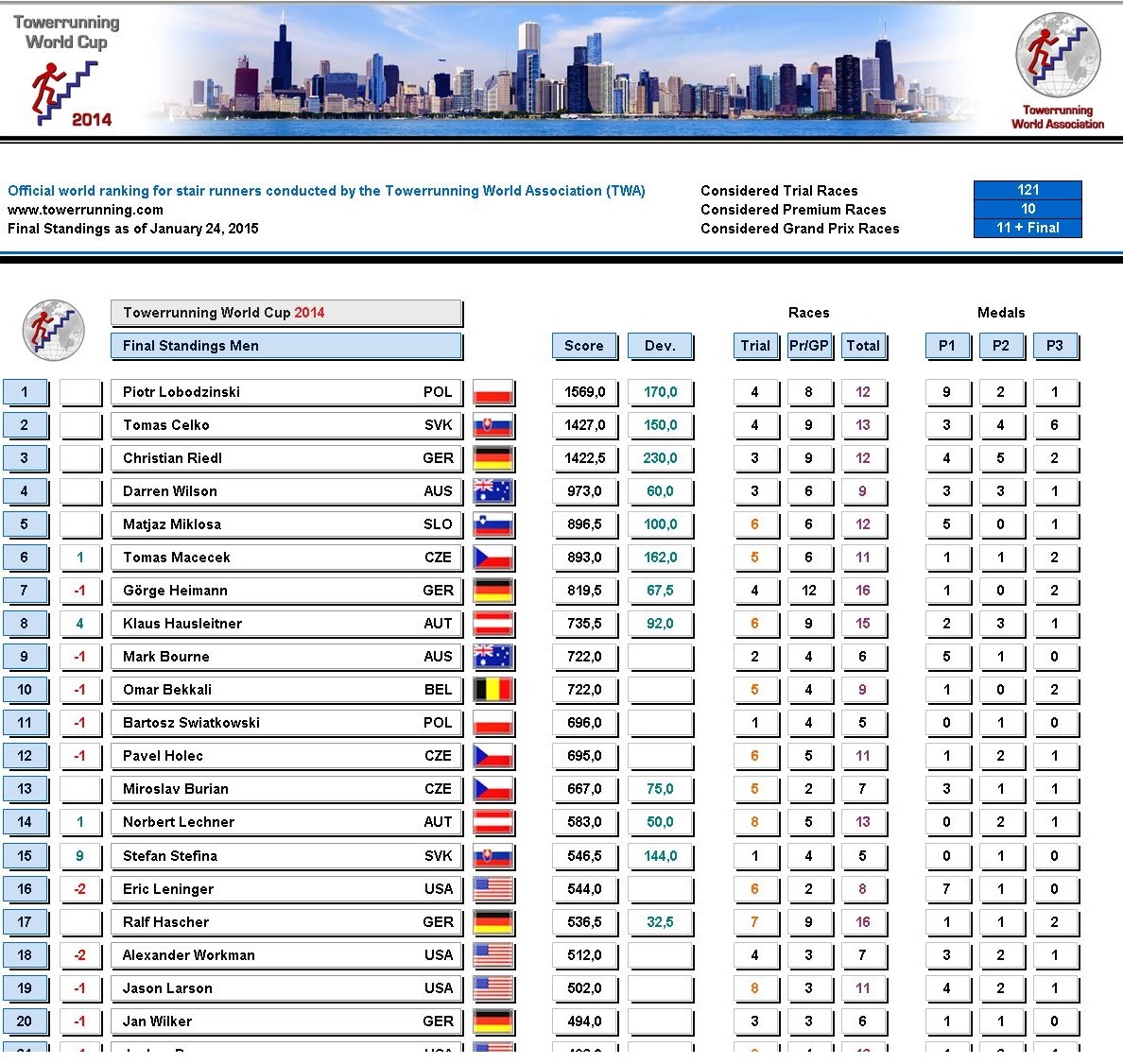