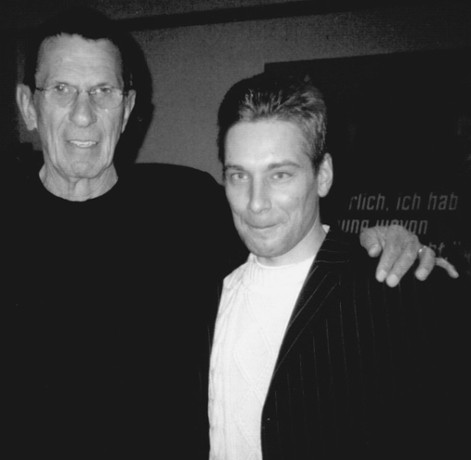 It’s been a while since I last met Leonard and his wife Susan. He was certainly an inspiration to many people on the planet. If it was in science, engineering, acting or any other subject. What many people probably don’t know is that Leonard also was once a heavy smoker and called himself „the world champion in smoking“ because he smoked so many packs of cigarettes a day, back in the 60s/70s. He became over the years very active in trying to send a signal to people to give up smoking and was talking about the effects and health issues on TV shows, books, twitter etc. 30 years later after he quit smoking he was diagnosed with COPD (chronic obstructive lung disease), which meant that his lung cells were damaged because of smoking. Leonard Nimoy died last Friday in Los Angeles.

One day, we will die too. What do you want to be remembered for?  What can you do for others to make the world a better place?  What is your true purpose on this Earth? We are all dying – but only a small select few are truly LIVING.