The Kick-off for the 3-day Grand Prix d’Europe in Towerrunning has been a few hours ago at the Danube Tower in Vienna. Vienna, the city which has a cultural program as long as wide, was allowed to serve with the 1964 completed Danube Tower several times before for stair climbing events. This time I reached the top 15 seconds earlier than in January. With burning legs I lay on the ground, right after the finish line. A fire extinguisher was not within reach. 779 steps, 60 podiums, 4:06 Min. Strong time, but I still unnecessarily gave away some seconds at various points. The next goal is – to break through the 4 minutes barrier. We are now on the way to Bratislava with the Towerrunning tour bus where we’ll spend the night. 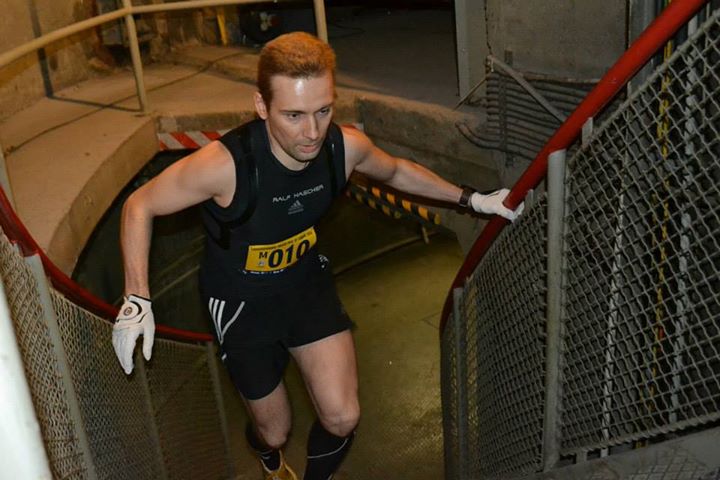